What Is Web 3? Is it The Future Of the Internet?

What Is Web 3? Is it The Future Of the Internet? 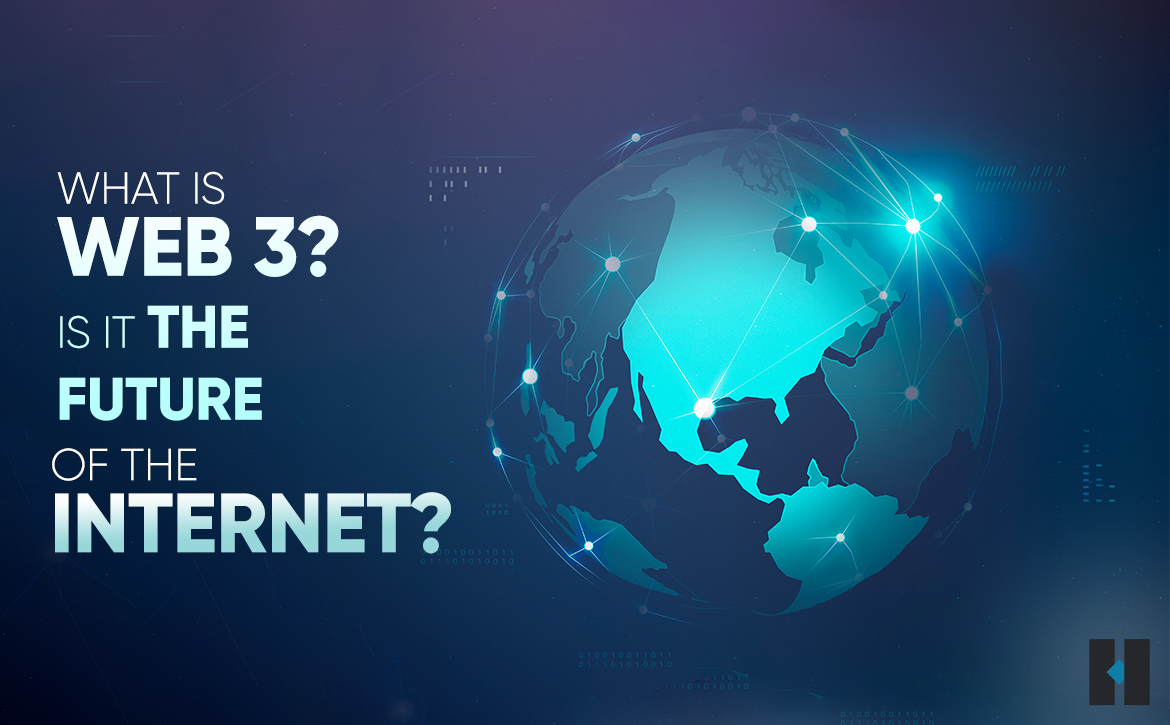 Have you ever thought of a form of the web that will not only interpret your input perfectly but also understand what you want to convey better? Are you wondering if it is even possible, then let us tell you, yes. We are at the tipping phase of an entirely new form of Web 3.0. Now, you might be thinking, what is Web 3? There is a long list of the perks of actively using Web 3.0. In this article, we will get to the bottom of web 3.0 s, how it functions, its features as well as the benefits. Stay with us till the end!

Since the last 15 to 20 years, we have eventually shifted from Web 1.0 to Web 2.0’s social connectivity, interactivity, and user-generated content. Web 2.0 is the recent version of the website built with the aim to highlight

Web 3 meaning is quite simple. Web 3.0 is the evolved form of interaction and utilization of the web, altering the current web into a database form. Unlike Web 2.0, which focuses on the front end of web pages, Web 3.0 focuses and upgrades the back end of the web. The data provided in Web 3.0 is not owned by anyone instead, it is just shared.

The Semantic Web (3.0) is focused on providing information to users in a more relevant way than Google itself. In addition, the new introduction of technologies is expected to make the process smoother and more effective in the long run.

Blockchain is changing the way data is stored and managed. Basically it creates a layer of governance on top of the internet today, popularly known as Web3. This allows two people who are not acquainted with each other to reach and settle agreements online. Take an

example of a Web 3 application as a peer-to-peer payment app that works on blockchain. Now rather than using a bank, people could pay for a good or service using a decentralised application (Dapp). But, before a transaction can be finalised, it is first verified by the network and logged in the blockchain’s digital ledger.
Do you ever wonder how blockchain technology was understood a few years back?

To understand Web 3.0 better, we need to get down to the features of web 3.0 in detail. Below we have curated a list of the essential features that can guide you through the details.

Now, what does that mean? The semantic web used upgraded technologies to comprehend the meaning of the input provided by the user rather than making decisions based on the keywords. The use of artificial intelligence offers the capacity to distinguish information like human beings. As a result, the results-driven from Web 3.0 is faster and more relevant. Before you get started with major features of web 3, it is suggested to throughly look into myths and facts of Artificial Intelligence.

In the last couple of years, data privacy has been a top challenge for several countries. One of the crucial features of web 3 is the data privacy of a user. Web 3 brings back the power to the users and makes the web a more secure, open, and flexible platform. In fact, the user can revoke the data they shared anytime. This doesn’t mean that the information doesn’t get shared. There will be transparency of how and where the data is used.

In Web 3.0, the internet will be accessible to everyone, regardless of location and time. Unlike web 2.0, the limitation of connectivity will no longer be bound to smartphones and computers. The introduction of IoT enables the development of entirely new types of gadgets altogether.

The main aim of introducing Web 2.0 was to present people with the data they were interested in. However, due to the decentralized network, Web 3.0 makes it even better by adding meaning to this data and enhancing the trust of individuals in the information. For more clarity, we have compared web2 vs. web3 on the following basis.

In the case of Web 2.0, the data is stored in the network itself, leading to fear of privacy and difficulty to access. However, the issue was resolved by web 3.0 since information exists at several places at once. Moreover, the user’s data became more secure as it was decentralised and shared in the form of tokens.

In the case of Web 2.0, we assemble content in the form of blogs, podcasts, and video sites. However, in web 3.0, there will be ML and AI-powered applications such as integrated games, 3D portals, multi-user virtual environments, and much more!

In web 3.0, anything that is shared can be tokenized, be it a piece of the image, some memes, social media profile, etc.  You might have heard gamers complaining about the bugs present in a game or the latest update they love in some games. Well, with Web 3.0, gamers themselves can contribute to the game and vote on how it should work. The Non-fungible tokens (NFT) will also bring revolutionary changes to the gaming industry. Moreover, the advancement in the web is not limited to the gaming sector. Different sectors can use it as per the demand of end-users.

From the above discussion, it is quite clear that Web 3.0 has several advantages awaiting. But, before we get to any conclusion, we must hit both the advantages and disadvantages list equally. One of the disadvantages of Web 3.0 is the significant regulatory and legal risks. Due to lack of central control, the rate of cybercrimes, misinformation, and hate speech will increase immensely. Moreover, the implementation of rules and regulations can be painful for all the countries and other authorities of government.

How Web 3.0 is Revolutionary?

Let’s get down to the final and most important question. Why exactly is Web 3.0 revolutionary? Well, no doubt the benefits of Web 3.0 are piling up, but most importantly, it is a better iteration of Web as it solves the issues faced by Web 2.0. The most important thing we should consider is the ownership of data. The decentralized networks allow users to exert ownership of their data. They also have control of which information they are willing to share. Moreover, the introduction of new technologies in Web 3.0 can make wonders in the content presented to the users.

We hope you have got a thorough understanding of Web3.0 Technologies. Web 3.0 is in many ways better than web 1 and web 2, not in terms of advancement of technology but also in a healthy way that satisfies its users.  Eventually, web 3 is making its way into our daily lives, and there is no denying that web 3 is the vision for the future!